Whilst my knowledge of manga is minimal to say the least, I am aware that big eyes and even bigger breasts are very much the norm. This previously posted promotional picture for a Tokyo-based anime and manga school somewhat gratuitously proving the point. 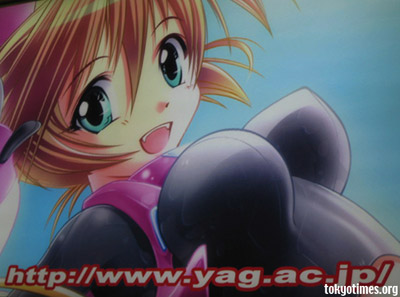 A combination that quite possibly prompted the manga devotee below to rather daringly dovetail the two together, with breasts turning into eyes and visa versa — sort of. Which is all very clever it has to be said, but with one becoming the other, the all-important mammaries are sadly missing — the full feat perhaps only possible if it was to feature a man with gargantuan gonads. But there again the ‘eyes’ would then be all but absent, plus there would also be the rather superfluous and unsightly sticky-out bit.

Probably best sticking with the lady in question eh?

(image via the FG Forums)